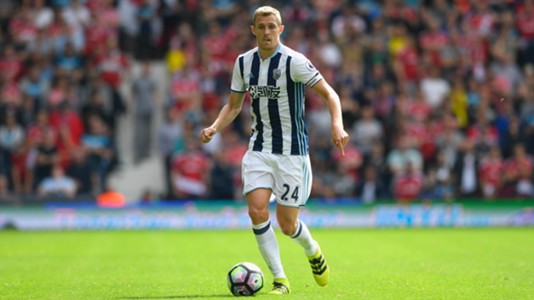 The ex Red Devils man spent 20 years at Old Trafford, where he lifted five Premier League titles and a Champions League title. He moved to West Brom back in 2015 having been declared excess to requirements. He says under Hughes, the demands have helped him get better.

“I really do see similarities between what I am being asked to do here to what I did under Sir Alex Ferguson for so many years, which is maybe why I felt so at ease since coming into the club during the summer. Obviously Mark has played under Sir Alex too so maybe it comes from that.”

Fletcher added that some form of freedom in the team helps him enjoy his stay in the team. He adds that Hughes pushes the team daily so they can achieve success.

“It is nice being able to get on the ball and trying to affect the game in a positive manger. The day to day work and tactics and what we are working to here are very similar to what I have been used to for a long part of my career.”

Stoke performed well last term and they have started very well this term as well. They are likely top 10 finishers with additions like Fletcher and Kevin Wimmer set to help them further. Maxim Choupo-Moting and Jese Rodriguez would join with SaidoBerahino upfront as they seek glory.