The Premier League side have reportedly enquired about the player from the Championship side. However, Burnley, Leicester City and new Premier League boys Newcastle United also want him.

After capturing Jake Livermore from City in the winter window, Tony Pulis seemed to be focusing on Clucas. The Albionwere linked with a move for the player last month but until now they have not submitted their bids, as other clubs.

Reports in England say Clucas’ valuation is in the range of £8 million to £10 million. Clucas was one of the best players at Hull last term before they were relegated. He played 41 times in all competitions.

Magpies boss Rafa Benitez has been linked to the player but the Championship title holders are slow in the transfer market so far. Pulis stands a good chance of snapping up the Leicester City product who is likely going to exit the KCOM Stadium this summer. Following Darren Fletcher’s move to Stoke City, Albion could go hard to get the player to fill the void in central midfield.

END_OF_DOCUMENT_TOKEN_TO_BE_REPLACED END_OF_DOCUMENT_TOKEN_TO_BE_REPLACED

Darren Fletcher believes that Liverpool is not good enough at the moment in order to win the title.

The Anfield side beat West Brom 2-1 during the weekend in order to move to the third place in the table. Jurgen Klopp declared after the match that his side was in the title race and he believes that they have a good chance to win the title.

However, West Brom midfielder Darren Fletcher does not think that the team has what it takes in order to win the title. He admitted that they would be among the sides that will compete for the title, but he believes that the Premier League is a long season and that there are still many hurdles.

He said that Liverpool has started the season well and that they are playing well at the moment. However, they need to remain consistent if they are going to win the title. Darren Fletcher who has won the title four times while he was at Manchester United said that titles are not won in October and that Liverpool needs to be close to the top in May if they want to be champions.

END_OF_DOCUMENT_TOKEN_TO_BE_REPLACED

Darren Fletcher is being talked about highly by his contemporaries.

The latest to sing his praises has been Matt Gilks, the Rangers goalkeeper. Matt Gilks is the goalkeeper of Glasgow Rangers who has played with Darren Fletcher as a midfielder when they played for Scotland. He has revealed that the way Darren and others like a Kenny Miller train on the field has definitely been an inspiration for him. Matt Gilks is 34 years of age who have joined the Rangers recently in a free transfer mode. He was part of a Burnley team that is on the way of joining the Premier League clubs.

END_OF_DOCUMENT_TOKEN_TO_BE_REPLACED 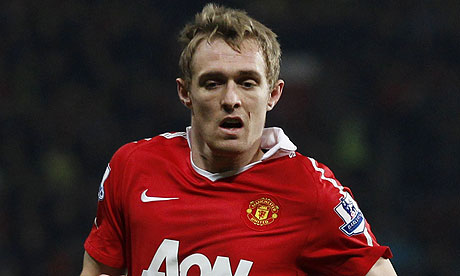